Twas primarily the first 3 episodes of MsT's 11th revived & refreshed season that inspired these 2 sample-piece/mash-ups.
So many swell lines on science and time-travel to use as samples.
And as these pieces neared completion, "Yongary", "Starcrash" and even "what's science ?" from "Carnival Magic" presented themselves with the perfect additions !

I'm sure there's more than a few of us, inhaling the wide-range of creativity in Season 11 over a week or two, who then exhale some creativity infused with it all !
Whether it's paintings, t-shirts, pot-holder & coasters . .  or a couple of sample-piece / mashups, like these from AtoZ:

The inspiration-point for both of these MSTy items is rather simple . .  obvious even !

I was already rewatching the earliest episodes ( before finishing the season ) while having also dropped the mp4 files into the audio-editor Fission . .  the better to save lines as samples for whatever future purpose.

So balance highly scientific use of MST along with Michael Jackson's "Beat It" vocal over the looped & linked Dolby track, and it's "She Beat Me With Science !"  . . .

The bursts of "science !!" from Dr. Magnus Pyke came from a vid of Dolby playing the isolated samples for an audience.

And .  . well into production on this, I suddenly thought "wait a tic, there has to be an MsT where someone in the theater actually riffs "she blinded me with science !", right ??
Figure out the right Google search-terms and lo and behead :
--- "417 - Crash of Moons" . . . Trace's Crow ! 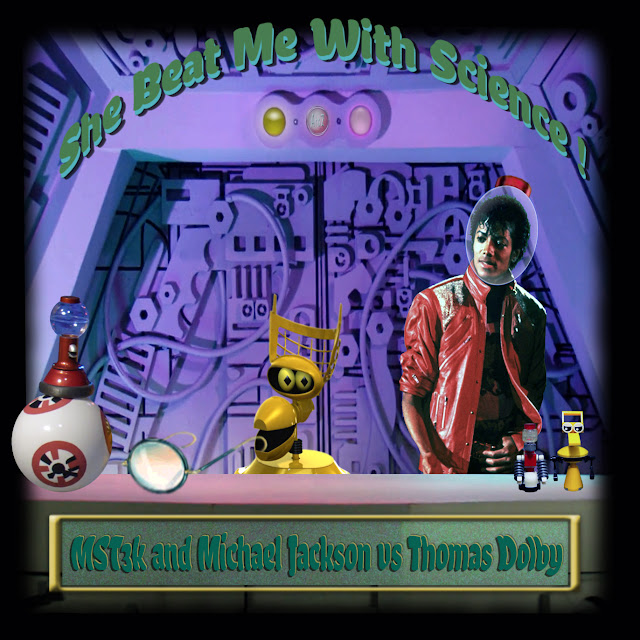 also includes:
Mike's "touch a button, things happen . . . sometimes"
from 621- "The Beast of Yucca Flats"
Servo's "Patti LaBelle" going "wha-a-a-a-a-a"
and Servo's "it's a nice day for a white wedding" from 404 "Teenagers from Outer Space"

So I thought this track was 99% done . . maybe a timing tweak or two still ? . . and was polishing the nuttier all-MST samples "B-Side" fulla' Steiners and Capsules !! and BANG !
But it was time for another episode premiere . .  #1112 - "Carnival Magic" and when they riffed Markov stroking his chin and asking "what's science ?", I knew just the right home for it.
While adding that, a "BANG !" may have snuck by me and embedded itself as well. . .

"Dr. Von Steiner - Time Traveler" is completely MST over the instrumental version of Yello's "Dr. Van Steiner".
Von . .  Van . .  meet each other and be as one. Close enough !
Maybe there was a slight warpage in the time portal warp effect as they looped and lapped each other thru time and space and he's now a mutant hybrid time-echo of his new former dopple-self ? It's Dr. Von Van ! 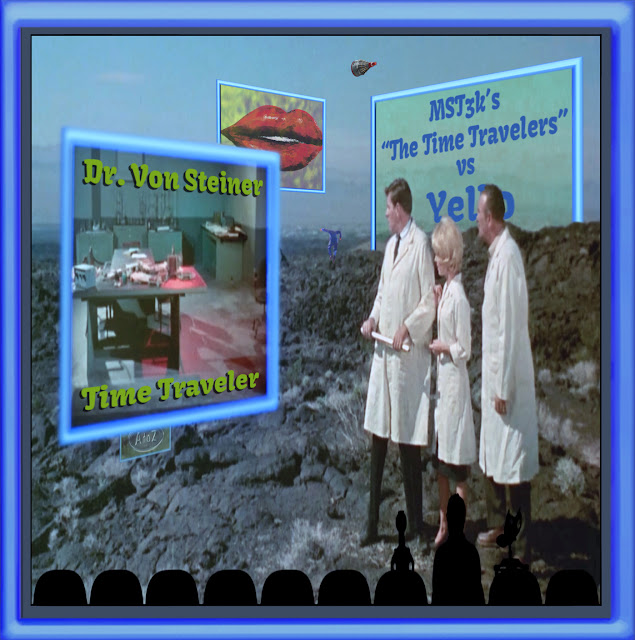 There's a few cross-over lines from the other track, while using moments from:
"The Time Travelers"
"Reptilicus"
the "Yongary" capsule scene - --  "capsule . . Capsule !!"
and all 9 variations of "Bang !" from "Cry Wilderness"
plus late in the process I went thru "Starcrash" . . Christopher Plummer's "halt the flow of time !" was a natural, man . .

Plus, there's a moment from an MST some of you may recall from before Jonah and The Bots: Dr. F's "turn it off !!" from "The Castle of Fu Man Chu" 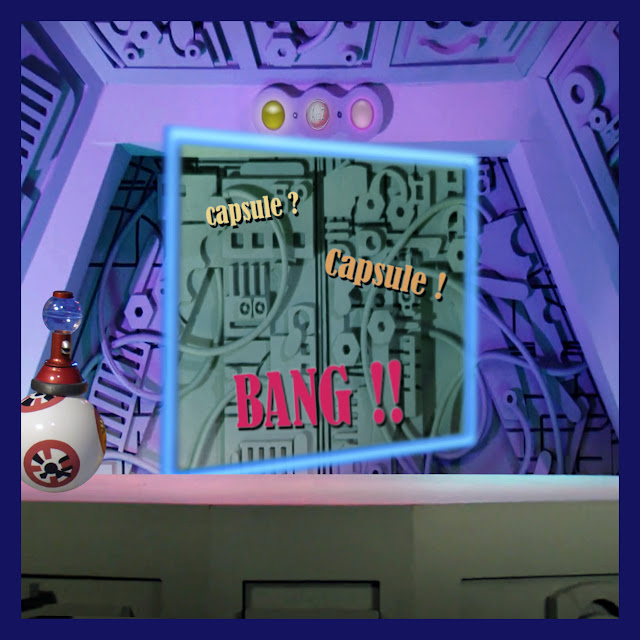 Posted by DmRofAtoZ at 4:13 AM No comments: